Home » News » Off to Scotland to see Katy Perry 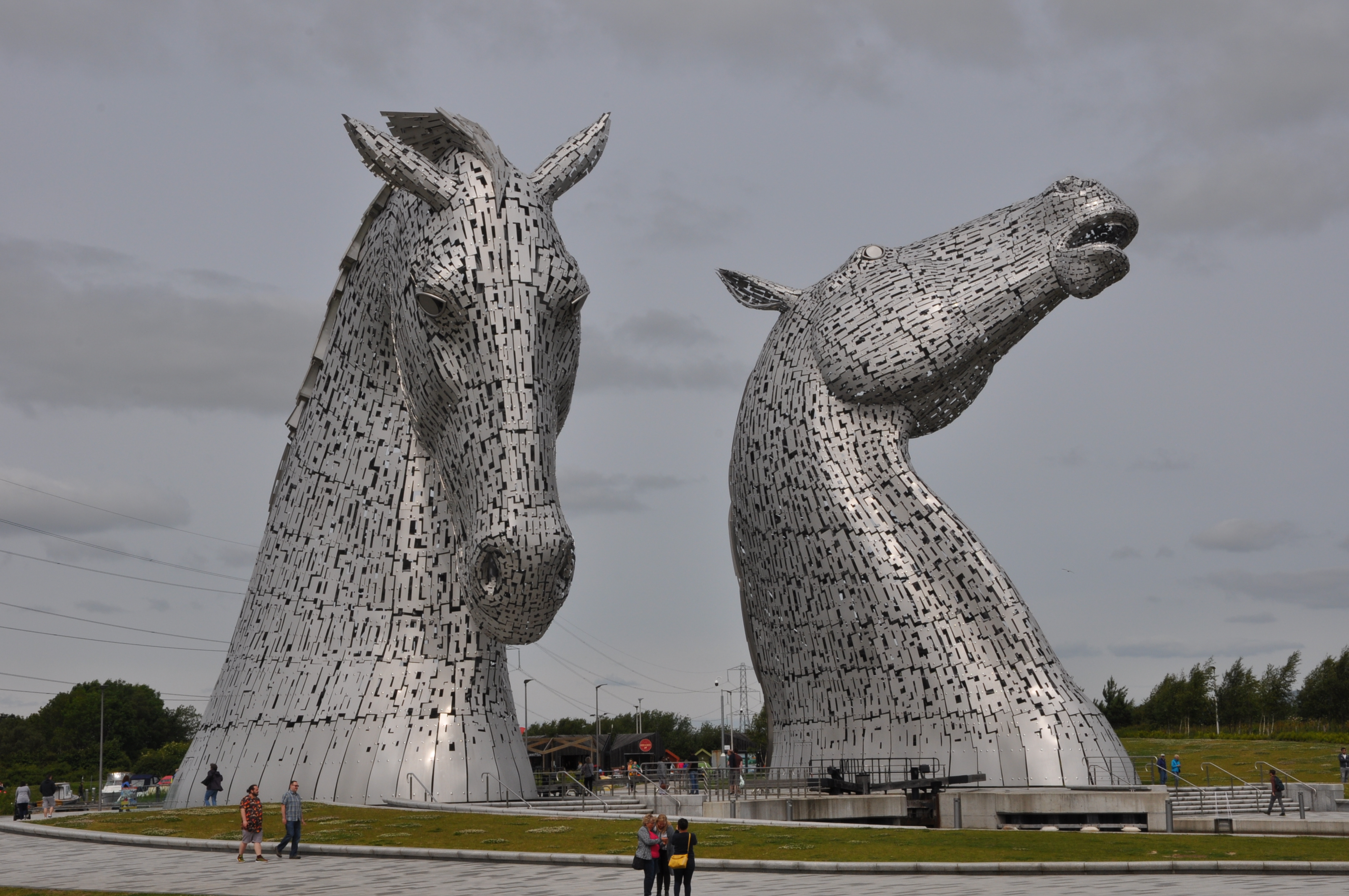 The exceptional Pink concert in Oslo back in 2013 re-ignited our passion for going to concerts. We then decided to attend (at least) one concert every year in a city to which we haven’t been before. We started  first in 2016 with our trip to Barcelona and Coldplay, followed by Amy MacDonald in Dublin and followed up this year with Katy Perry in Glasgow and our trip to Scotland.

Katy Perry was on Katharina’s bucket list ever since her great performance at the Super Bowl back in 2015. When we checked Katy’s tour schedule and discovered Glasgow, it was an easy decision.

So off we went to the land of Braveheart, Haggis and Whisky. With the help of a Scottish colleague of mine we had some insider tips in our luggage that ensured a trip to places off the beaten tracks.

Some facts about Scotland

Scotland is part of the United Kingdom and covers the northern third of the island Great Britain. Besides its border to England it is surrounded by sea. Its population is about 5,4 million people and its capital is Edinburgh, with Glasgow being the largest city.

Scotland has a turbulent history. A place where every corner of the landscape has its own place in history – a deserted croft on an island shore, a moor that has once been a battlefield, a cave that sheltered Bonnie Prince Charlie, you name it. There are hundreds of castles telling stories about war, the Scottish heroes and the fight for liberty. Some battles played a pivotal part in building the nation and brought to life at sites like Bannockburn, Culloden or the bridge of Stirling. Those battles even made their way to Hollywood, which in turn supported creating the picture in our head of brave, strong and proud people. Not all of this is a cliché. Scottish people are proud and brave, but also very friendly, open minded and with a great sense of humour. At least that’s how we got to know them on our brief visit.

We arrived in Glasgow first, as it was the best way for us to get there by plane. But we decided to go straight to Edinburgh and start our travel there. Well, let’s say almost straight. In order to avoid rush hour on the motorway by driving directly from Glasgow to Edinburgh, we followed the guidance of Roland’s former colleague and went for a dinner in Glasgow first before hitting the road.

Thanks for this hint, David!! That’s what we did. We had a little stroll around Glasgow’s West End and Hillhead, and a great Dinner at the “Chip” or as it actually is called “Ubiquitous Chip“. One of the many great restaurants in West End and Glasgow. This was our premiere for Haggis, Neeps and Tatties – the Scottish national dish – which we instantly fell in love with. It’s simply delicious!!

After  dinner we went to Edinburgh. Needless to say, that driving on the left side (read “wrong” side) has been somewhat of a challenge … felt like going to back to driving school, considering the blood, sweat and (nearly) tears.

The next morning, we headed directly to the castle to get our portion of history and tourist attractions. Well it sounds worse than it was. The castle is stunning. We went for the audio guide, which allowed us to follow our own route and go to spots where less people were blocking our views. We even had the chance to see the one o’clock salute from a very nice perspective.

The castle gave us quite an understanding of Scotland’s history. With all the impressions freshly in mind, we went down the Royal Mile towards the Scottish parliament, architecturally a great building. After a short break there we decided to end the day with a short walk in the (Holyrood) Park. We ended the first day with a short visit of Leith, one of Edinburgh’s boroughs. Just to look at the Britannia from the outside and to eat some great seafood at the Fishers.

Our second day in Edinburgh

Here is the track I ran:

Strengthened from this breakfast, we decided to walk up to Calton Hill before visiting the Glenkinchie Distillery. The tour through the distillery is really something we can recommend. It wouldn’t be us, if we wouldn’t do a “little” walk afterwards to explore the surroundings. Well, this walk we only recommend if you need to get rid of the alcohol in your blood before driving. Otherwise it is not really exciting.

Back in Edinburgh, we had a lovely dinner and a nice digestion stroll through Old Town.

Stopping by Falkirk and Stirling on the way back to Glasgow

After Katharina joined me for the morning run and a good breakfast afterwards, we went back to Glasgow. We decided to go back to Glasgow via Falkirk and Sterling. This is just a short de-tour, but really worth it.

In Falkirk we stopped by the Kelpies. The name was chosen by Scottish Canals at the inception of The Helix project, in 2005. The Kelpies name reflected the mythological transforming beasts possessing the strength and endurance of 10 horses; a quality that is analogous with the transformational change and endurance of Scotland’s inland waterways. The Kelpies represent the lineage of the heavy horse of Scottish industry and economy, pulling the wagons, ploughs, barges and coalships that shaped the geographical layout of the Falkirk area.

According to sculptor Andy Scott, “The original concept of mythical water horses was a valid starting point for the artistic development of the structures.”

The Kelpies are really fascinating. No matter from which side you look at them, they are impressive.

After the Kelpies we went to see the Falkirk Wheel. The Wheel is a rotating boat lift in Scotland, connecting the Forth and Clyde Canal with the Union Canal. The lift is named after the town it resides in central Scotland. It opened in 2002, reconnecting the two canals for the first time since the 1930s as part of the Millennium Link project. Really impressive to see physics coming alive in a real life construction.

From Falkirk we went to Stirling castle. The castle, located in Stirling, is one of the largest and most important castles in Scotland, both historically and architecturally. The castle sits atop Castle Hill, an intrusive crag, which forms part of the Stirling Sill geological formation. It is surrounded on three sides by steep cliffs, giving it a strong defensive position. Its strategic location, guarding what was, until the 1890s, the farthest downstream crossing of the River Forth, has made it an important fortification in the region from the earliest times.

Before the union with England, Stirling Castle was also one of the most used of the many Scottish royal residences, very much a palace as well as a fortress. Several Scottish Kings and Queens have been crowned at Stirling, including Mary, Queen of Scots, in 1542, and others were born or died there.

There have been at least eight sieges of Stirling Castle, including several during the Wars of Scottish Independence, with the last being in 1746, when Bonnie Prince Charlie unsuccessfully tried to take the castle.

We again chose to use the audio guide. Compared to the audio guide in Edinburgh, this one had a much more lively narrative, letting you become an eye witness of the castle’s history and all its stories.

Afterwards it was time to get back to Glasgow an prepare for dinner in another great restaurant – the Number 16.

Ending our trip in Glasgow

We started off with a long tour by foot through East and Central Glasgow. From our hotel next to the Central station we headed towards east. Our first stop was Glasgow’s biggest and most popular weekend market – The Barras Market. From there we went up towards Necropolis, passing the Pub Saint Lukes and the Drygate Brewery.

The Necropolis, a beautiful Victorian garden cemetery that sits opposite the cathedral, offers stunning panoramic views over Glasgow. Don’t let the cemetery part put you off – it’s a fascinating place to visit and if you take a guided tour, you’ll learn how this special place documents the amazing lives and stories of Glasgow’s people in a unique way.

After the Necropolis we visited the Glasgow Cathedral, one of the best examples of a medieval cathedral on the Scottish mainland and a truly iconic piece of architecture in Glasgow.

On our way we got the impression that Glasgow is one big canvas, where Street Art Artists can exhibit their artwork for everyone in public.

Time for some music

Time to get ready for a late lunch before the concert at another great restaurant – The Bothy.

The gates opened and we entered the SSE Hydro. We had perfect tickets just next to the stage. The show was great and we had a really good time with Katy Perry.

The last day in Glasgow

Since we had only a couple of hours left before our plane departed, we decided to go for a sightseeing run along the river Clyde, where some architectural highlights have been built over the last decade. One of them is the transportation museum designed by Zaha Hadid.

Here is the route we took during the run:

Thanks Scotland for having us. We really had a great time and will for sure come back.

One thought on “Off to Scotland to see Katy Perry”