Home » News » Back in sunny and hot Norway again 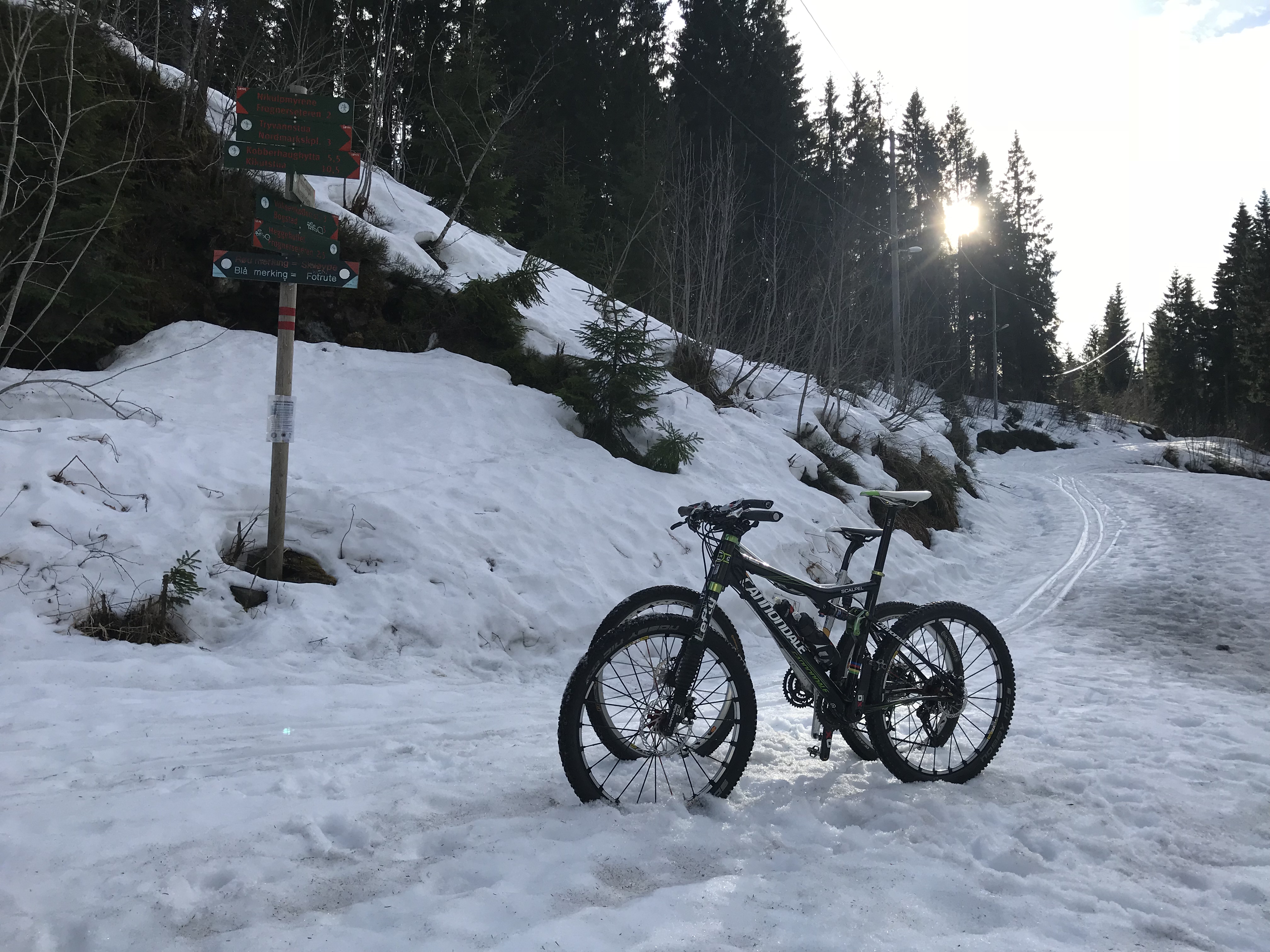 It’s been some time since our last post. After a great time in Ramsau, Liguria and in Provence it was time for me to head home to Norway and start working.

In the evening of the last day of cycling in Provence I headed to the airport of Nice, excited to pick up Katharina, who joined me for the road trip back to Ramsau, and a couple of days later back to Norway.

I have to admit, it felt strange to me, being on vacation and training without her, as we normally tend to enjoy cycling, running and all the other stuff together – and especially during vacation.

Since the weather was good, we decided to do a little de-tour on the way back from Provence to Ramsau, as I wanted to show Cinque Terre to Katharina. This time by car though 😉 So we had an early breakfast, and drove from Vence directly to Vernazza.

For those of you who don’t know Cinque Terre, here are some facts: Cinque Terre, which means Five Lands, comprise the five small coastal villages of Riomaggiore, Manarola, Corniglia, Vernazza and Monterosso. They are listed on the UNESCO World Heritage List.

Cinque Terre is a perfect hiking destination. There are several coastline hiking trails which provide a stunning view towards the see. You actually walk through the vineyards and can hike from town to town, taking the train back to your accommodation.

And as everywhere in Italy, you get some great traditional food and excellent local wines. The cuisine of the Cinque Terre almost perfectly conserves the characteristics from yesteryear; the respect for the flavors of the primary ingredients. “Trofie” for example is a kind of pasta made from chestnut or wheat flour and is one of the forefathers of modern and more sophisticated pasta. Still accompanied by pesto, an original Ligurian sauce made from basil leaves, extra virgin olive oil, grated cheese, pine nuts, and marjoram. Tagliatelle, a broad handmade pasta, is used with sauces that contain mushrooms, cabbage and potatoes, beans, chickpeas or sometimes simply pesto.

Vegetable pies – ‘torte di verdura’ – are prepared with a stuffing of borage (borago officinalis), parsley, marjoram, other local herbs that grow wild, artichokes, swiss chard, zucchini, potatoes, and leeks are combined with egg and ricotta cheese or with stale bread soaked in milk or béchamel sauce (depending on each family’s traditions), parmesan cheese. The pie crust is typically very thin, because flour was a very precious commodity in earlier days.

The fame of the Cinque Terre relies largely on its products, the dry white wine, simply called ‘Cinque Terre’ and the ‘Sciacchetrà’, a prized dessert wine made from grapes dried to the point of holding only a few drops of sweet juice. A colorful addition to the Cinque Terre products is ‘limoncino’; a dessert wine made from steeping lemon peels in pure alcohol and then adding sugar and water to make a fragrant and fresh liquor. The lemons, another famous product of the Cinque Terre are prominently on display in the many ‘limoneti’ (lemon groves) and of course at the annual Lemon Festival held each year in Monterosso during the season of Pentacost.

I have to say going there by car was much easier than by bike. The roads in Cinque Terre are quite steep and there is little shadow, so it can get pretty hot there. The difference though was, that when I was there cycling, there were almost no tourists and cars. We saw a totally different story this time, on a sunny Saturday afternoon. The narrow streets in the little villages were packed with tourists, the roads pretty busy and the trains that get you from village to village were more than crowded.

Nevertheless, it was great to see it one more time and to show it to Katharina. So our first stop was Vernazza.

Having lunch on the Piazza of Vernazza

Vernazza has the only proper harbor in the Cinque Terre and is a charming, small fishing village. Vernazza was founded about 1000 A.D. and was ruled by the Republic of Genoa starting in 1276. Vernazza’s medieval castle, Belforte, towers above the harbor and was built in the mid-1500’s, primarily to protect the village from pirates.

Vernazza’s historic wealth is evidenced by the elegant style of its houses and streets, which are decorated with tower forms, open galleries, refined arcades and elaborate doorways. The Village is surrounded by very steeply-terraced Olive groves which are said to produce one of the finest Olive oil in Italy.

After a great lunch at the Piazza in Vernazza we drove back to Ramsau.

Some days in Ramsau

We decided to spend some days there before we went back to Norway. The weather was great, so we set out for some sporty activities before the long drive towards the North.

To get our legs moving a bit, we started with hiking, followed by a bit of road biking, Mountainbiking and a final run before we set sails for the trip back to Norway.

Since it was such a relaxing way to get down to Austria by train, we took the train from Vienna up to Hamburg, too. So we only had the 1,5 hours drive to Vienna, got our car on the train and ourselves into the sleeping wagon. After a good night’s sleep we woke up in Hamburg the next morning, ready to drive up the last 1000 kilometres to Oslo.

Back in Norway we had to arrange for some things, like organising the transport of our old Piano to Austria and getting the new one up to Norway and of course starting up my new company – Mosheim Business Consulting.

Moving Pianos across Europe sounding easier than it actually is

Last year we decided to treat ourselves with a new Piano. We fell in love with Alpha Piano – an electrical piano developed, designed and produced in Austria. It is not a traditional electrical Piano, but actually a Grand Piano with a real piano action/mechanic, just that the hammers strike against sensors instead of strings. Thus, it feels as if you were playing a grand piano, just with all the possibilities an electrical piano gives you (no maintenance, huge sample library, playing with headphones, recording, streaming to all your rooms with for example Sonos, and much more).

We also wanted to keep our old piano – a Bösendorfer from 1885 – within the (extended) family and decided that to give it to our friends in Austria, who have a talented 9 year old boy who loves playing the piano.

So far so good, but the export became a bit trickier than expected. Since the keys are ivory, you need to ask for permission to export and import, which we did, than you have to make sure that you pay your duties and taxes when importing to Austria and then you have endure quite some struggle with customs and customs clearance companies to get it cleared and delivered.

If then, in addition to all the stuff with the authorities, also the truck has some technical issues, it suddenly takes a bit longer than expected. Kudos to our transportation company (Storm Transport) for a great job and for keeping up the good spirit all the time.

In the end, the pianos found their way to their designated destinations and everyone was happy!

We decided that now is the perfect timing for starting into a new era in my life – building my own business again. There were some steps to do, which kept me busy during the last couple of weeks: figuring out the scope, writing the business plan, getting in touch with my professional network in Norway, creating a logo and building the website, just to name a few of the activities.

Now I can proudly say, that I’ve had a good start and already see some prospects on the horizon. Especially the website has generated quite some interest out there and we hope that the business will take off as planned.

Staying in shape with some sports

Now that summer has come to Norway, too and Oslo is a perfect spot for outdoor activities. Just to give you some ideas what you can do here, we have put together some pictures of our activities during the last couple of weeks, reaching from participating in the Wings For Life App Run, trail running, longer runs along the fjord, mountain biking, Roadbiking, celebrating the Norwegian Constitution Day (which is really important here and a bit of a crazy celebration you should have on your bucket list), and some nice walks in town and the woods around Oslo.

Stay tuned because we have some exciting things planned during the next couple of weeks.

20 thoughts on “Back in sunny and hot Norway again”