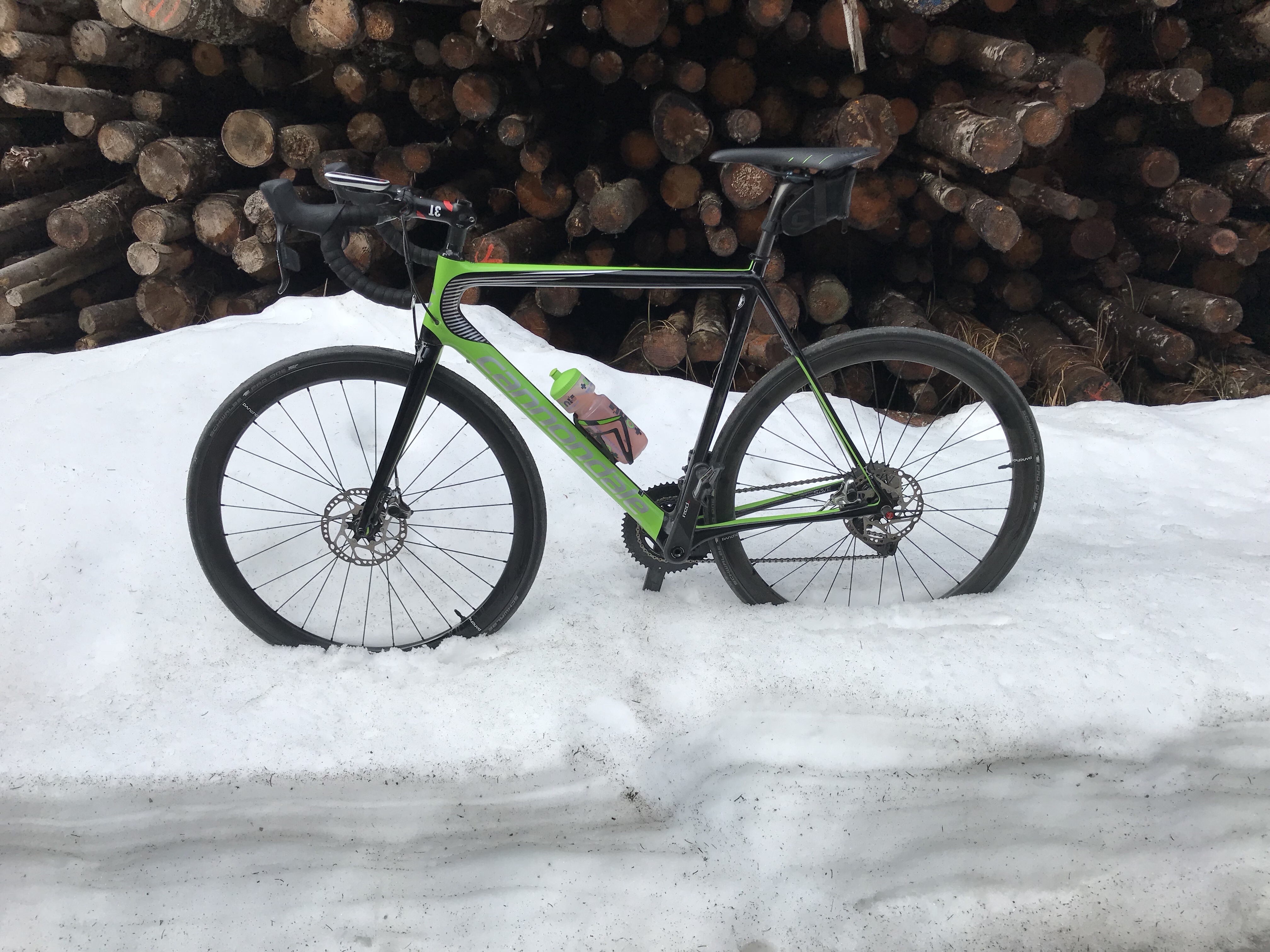 As stated at the end of my last blog entry, Katharina left for Oslo on Sunday. In order not to think about how much I miss her and to be prepared for the next two weeks of cycling, I put in some extra training sessions in my routine.

I started the week with another test ride of the new road bike. I needed to find out how it works in proper climbs and descents.  So I did a short round with some serious switchbacks and ups and downs.

This was the route I took:

Since there was still a lot of energy in my tank, I decided to top it with a short backcountry skiing session. The greatest part of it: the downhill. Great snow and freshly groomed as well – even though the skiing resort Rittisberg was closed already. In addition to that the temperature was around 20 degrees celsius. So I could put on shorts and a t-shirt for the way up.

The next morning I woke up to some rain. So I decided to start of with some indoor training (core, mobility, strength). Then the sun came out and I just had to go out with my mountain bike. After the ride it needed some overhauling. Both because it got quite dirty but also because it needed some love after the long winter break.

In the afternoon, I was joined by a good friend of ours doing the same mountainbike loop I did the day before.

And suddenly it was Thursday. That day I started with the same loop on the mountainbike. Mainly because rain was forecasted, which wouldn’t have allowed the road bike session I had originally planned for that day. The smell that was in the air – all farmers were out there fertilising their meadows and acres. That is usually a sign for an upcoming rain.

In the end it there was no rain, so I had some time left to visit a friend of ours in the woods and was able to watch real men at work:

After coming back from the woods I packed my staff to be ready for the next day.

Before leaving for Italy, I decided to put in another running session along the river Enns.

The route I took:

Then it was time to leave.

Of course I will be blogging about this next two weeks, so stay tuned

4 thoughts on “Preparing for 2 weeks of cycling”