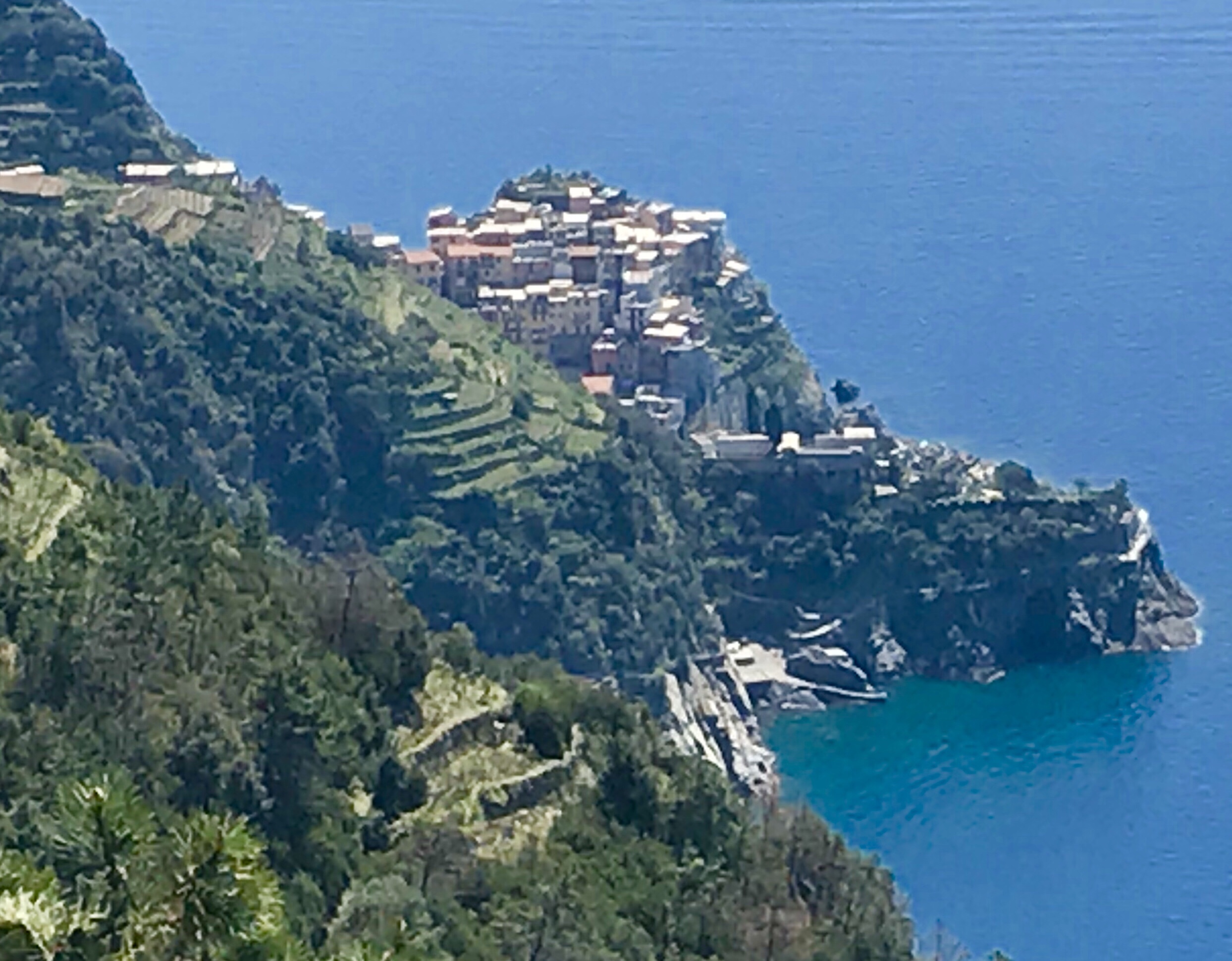 Now it was here, the first day in Liguria organised by Cycling Adventures. Will I be fit enough? Have the last weeks of preparation paid off? Will the weather be better than forecasted? How is the local food? What kind of people will be in the group? No more questions, now its time to inhale all the impressions Liguria has to offer…

Before I get into the actual 7 days, I wanted to say something about Liguria, the typical cuisine as well some words about the nice little town of Chiavari, where I was staying during my days here:

Some facts about Liguria:

Liguria is a coastal region of north western Italy with Genoa as its capital. It is bordered by France (Provence-Alpes-Côte d’Azur) to the west, Piedmont to the north, and Emilia-Romagna and Tuscany to the east. It lies on the Ligurian Sea. The narrow strip of land is bordered by the sea, the Alps and the Apennines mountains. Some mountains rise above 2,000 m. The watershed line runs at an average altitude of about 1,000 m. The highest point of the region is the summit of Monte Saccarello(2,200 m).

The continental shelf is very narrow, and so steep it descends almost immediately to considerable marine depths along its 350-kilometre coastline. At the mouths of the biggest watercourses there are small beaches, but there are no deep bays and natural harbours except for those of Genoa and La Spezia.

The ring of hills lying immediately beyond the coast together with the sea account for a mild climate year-round. Average winter temperatures are 7 to 10 °C and summer temperatures are 23 to 24 °C, which make for a pleasant stay even in the dead of winter.

The Cuisine of Liguria

Cuisinewise Liguria is the original source of pesto, one of the most popular sauces in Italian cuisine, made with fresh basil, pine kernels, olive oil, garlic and Parmesan Cheese.

Seafood is a major staple of Mediterranean cuisine, the Ligurian variety being no exception, as the sea has been part of the region’s culture since its beginning. Ciuppin soup is made from fish leftovers and stale bread, flavoured with white wine, onion, and garlic.

Vegetables especially beans are important in Ligurian cooking. Mesciua soup is made from beans, olive oil and farro (old kinds of wheat including emmer).

Of course, one must never forget the Farinata; best eaten fresh from the oven, this is a very old and tasty recipe which is made of nothing more than chickpea flour, water, olive oil and salt and baked in a big copper pan.

What you also can find everywhere is Focaccia/focaccia di Recco. For Genoese people focaccia is almost a religion. You can’t believe it, but they love to eat it already from the morning in their cappuccino! I suggest you to have a try. Search for it in the many panifici you find in Genoa historical center and taste it, but remember, it must be golden and crispy, greasy and high up to a finger to be a perfect focaccia.

Chiavari is a small little town pretty much in the middle between Genoa and La Spezia. It has around 27.000 inhabitants and has been a city since the ancient roman times (8th to 7th century BC). The location is perfect to cover most of Liguria from there by bike. You can reach both Genoa as well as La Spezia and have thousands of different options to get into the back country.

Day 1: Sightseeing and coastal tour as a warm up

I started my day with almost 3 hours of car driving from Verona to Chiavari. Unfortunately – or maybe fortunately – my room was not ready when I arrived. Therefore I decided to do a first round of sightseeing in this 30.000 inhabitants coast town.

I didn’t expect too much, but how this little town surprised me! Cute little streets, a wonderful pedestrian area, a farmers market, and so much life in the streets. And in addition: such a wonderful weather. Here it felt almost like summer already.

Here a couple of impressions from my stroll:

It was time for a little warm up loop on our bikes. The tour lead us along the coast towards Moneglia. There we stopped for a coffee and some Gelato. Well, for me – everyone who knows me –  that means Coca Cola ;-). From there we went up the same hill, we came down just a bit differently, descending down again on the other side, just to go up to Santa Giulia to enjoy a great view over the coast in the evening light. From there it was only downhill to the hotel. A magnificent loop to start the week with!

Wherever it was possible I had to take some pictures just to be able to share some of the great sights with you. I can tell you, there were a lot more hidden gems on the way!

And for all of you that would like to do the same route, here it is…

After the little warm up loop yesterday, we could choose whether we would like to do a longer or a little shorter round. Since the longer round meant 2.500 metres of ascent, I went for the shorter one. Still a bit more than 93 km and a climb of round about 1.700 metres.

The route led us from Chiavari along the Via Aurelia – the coastal street – to Recco. From there we climbed the Colle Caprile. After a short lunch break we we did one more ascent up to Fasce for a great view down to Genova. Back we first took the same street and took a left turn into the Val Fontanabuono just to climb the last little hill up to Leivi. From there it was only a descent directly back to the hotel.

The weather was not too bad for cycling. Always a bit cloudy, when the sun came out it started raining a bit, just to prevent our bodies form overheating. The only thing that was a bit hard was the wind on top of Fasce. Nevertheless, this was a fantastic tour with some great vistas on the way.

And as always, here is the tour:

Today we left the coastal route for the first time and went into the backlands. After some kilometres of rolling through the Val Sturla we climbed the Passo Bocco. The first couple of kilometres of the descent into the Vara valley were no fun due to the surface. After a short break on top of Passo del Bocco, we had our lunchbreak in Varese. From there we went back, passing the Colle die Velva and Sestri Levante. There we did a last break at a Gelateria before heading back to Chiavari.

Today’s tour was fantastic, both when it comes to the weather, but also when it comes to nice climbs, wonderful descents and fantastic nature along the route. Now on the third day, it really seems that the group has found its rhythm and we had good fun.

Of course we also made some pics along the way:

And as always, here is the GPS track:

This time we stayed close around Chiavari. North of Chiavari, from Lavagna onwards our path lead us through olive groves upwards with some magnificent vistas on the golf of Genoa. Again we went shortly through the Val Sturla before the we headed up the long climb to the Passo Romaggi. The picturesque descent brought us down to the Val Fontanabuona, where we did the same climb to Leivi as on day two.

This tour showed again the beauty of Liguria. With nice climbs through the fantastic nature and with very little traffic. Only the last descent down to Chiavari became a very wet affair, with a lot of rain and a dangerously wet surface to ride on.

And as always her also the tour as GPS track:

There it was, the official rest day. The whole group went to a nice little bar at the cliff of San Rocco. Some did it by train, others chose one of the two possible routes. I decided to go for active restitution. So I went with Micha and our guide Susanne on the little longer loop.

It was just perfect. We started out of Chiavari going up to Leivi, following the Val Fontanabuona upstream until we came to Colle Caprile. A great hill with a nice climb. From there down and back to the coast in Recco and further on to San Rocco. At the bar we met up with the rest of the gang and had a great time overlooking the coast. After that we “only” had to get back on the Via Aurelia to Chiavari. “Only”, because it was quite hot and we were already toasted from the sun when sitting outside the bar.

Here some impressions from the ride:

And just so you can also follow our path, here is the route:

Today was supposed to be the toughest ride of the week. We planned to cycle up the Sturla valley and up the Passo la Forcella. A nice climb with an easy ascent. Well, I was very tired today, so no ascent would have been easy today. Once we were up there, we were greeted by a nice wind. This wind through over my bike and that should have an effect later on.

But first things first. From there we descended down to the Aveto Valley for our first coffee break. After that we climbed The Passo Fregarolo. Or I should say all in my group except me. It turned out that I had broken my derailleur hanger which made my rear derailleur fall off. This was the end of the tour for me and our guide Lukas, who was so kind getting back to Chiavari to get the car and picking me up. The rest went on to Barbagelata, descending through the Val Fontanabuona and conquering the hill up to Leivi for the last time this week.

Here the few pictures I took during my short ride…

And this should have been today´ loop: