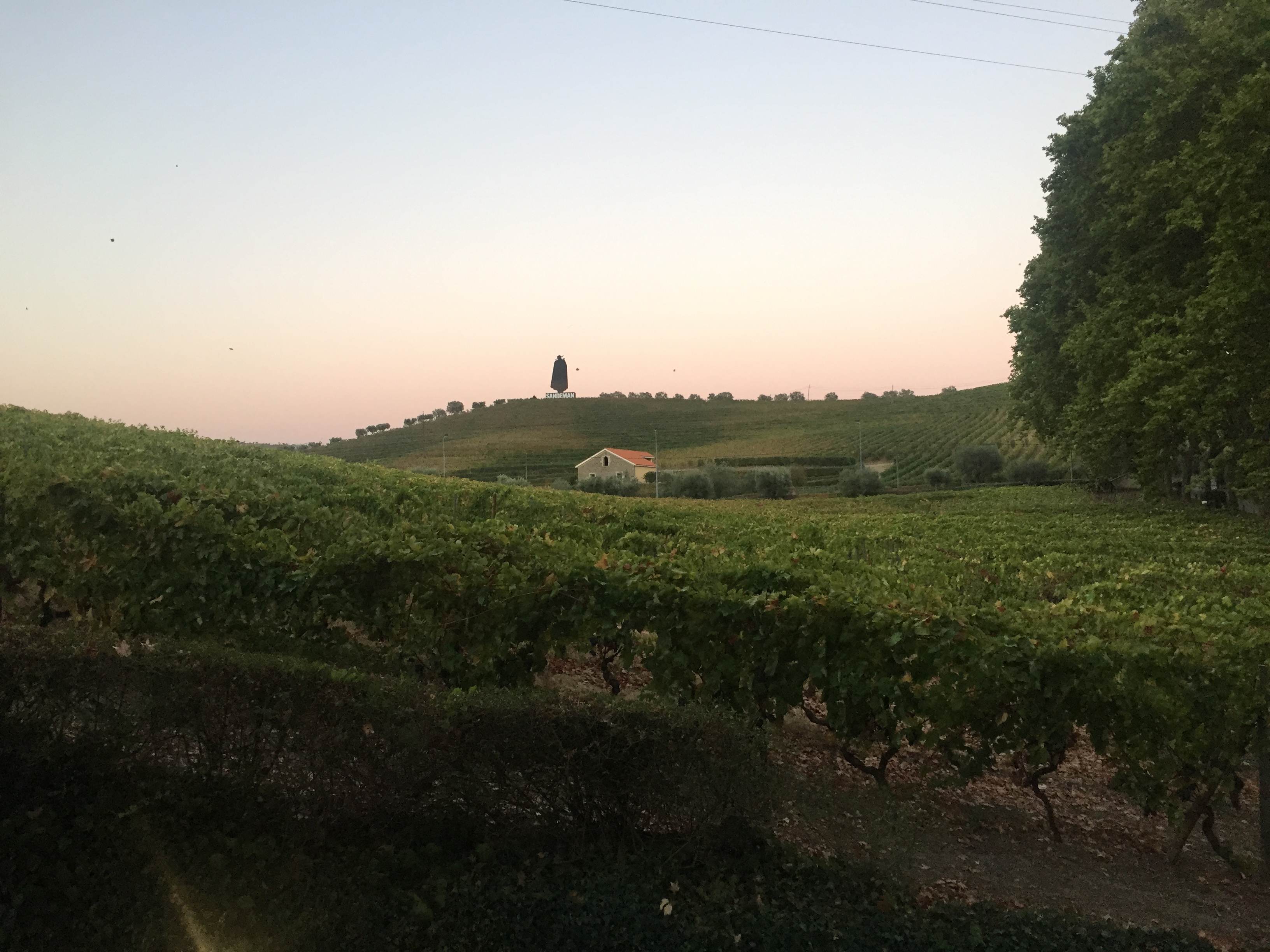 After we had so much fun and such a great time with ingamba visiting California we decided to give it a try in Europe riding, drinking and eating our way through Portugal.

The whole thing started with a little bit of a bumpy ride. We had the red-eye-flight at 6 a.m. from Oslo Gardermoen and managed to oversleep. Since we where not able to get someone from the Airline before 8 a.m. to rebook our flights we had to pay an extra fee to get us onto the next flight.

But that was in the end the only negative experience throughout our trip, which again more than lived up to the already high expectations we had when booking our trip with ingamba.

When we arrived at the airport of Lisboa everything was arranged and the guys from ingamba were already waiting to pick us up and get us to our hotel. The hotel was a magnificent old Palacio in the Santiago district in Lisboa.

We used the first late afternoon and evening for some sightseeing and to get to know a bit of Lisboa.

The next day bike fitting was on the agenda with a short test ride and followed by a private Fado-concert as well as the first dinner with the group – a great bunch of people from all over the world who enjoy the same interests for biking, good wine and excellent food.

Our test route that day:

Starting in Lisbon, the oldest city in Western Europe, we headed north, turning skyward and into the mountains where the real riding begins in the Serra da Estrela National Park, that boasts the highest roads in the country and some truly spectacular views. Then, our way lead us to the unforgettable Douro Valley, with every inch of its steep hills wrapped in precious vineyards, for some well-deserved wine-tasting before finishing in the enchanting city of Porto.

Day one – Fátima to Sertã

Bem-vindo a Portugal! We started with a short transfer in a real cycle team bus to the holy city of Fátima where it is said the Virgin Mary appeared in three apparitions to three shepherd children in 1917. From Fátima we headed north and inland over the rolling hills of the Santarém district. There we could see the influences Portugal has from both Islam and Christianity. In fact, our home this evening, Convento da Sertã Hotel, was a modern adoption of a convent dating back to the 17th century.

This was our first climbing day. We started with a morning transfer from Sertã to Tortosendo, where we reached the foothills of the Serra da Estrela, Portugal’s highest mountain chain. This scenic ride took us through the towns of Unhais da Serra and Seia before we ascended to Penhas Douradas – a beyond-category climb of 20km with about 1,000 meters of elevation gain. Once we came to the top we were welcomed by the beautiful and quiet  surroundings of Casa das Penhas Douradas in the middle of the national park of Serra da Estrela.

Although this day’s ride was just a short loop around Serra da Estrella National Park, we enjoyed a lot of beuatiful vistas along the way. The best views are from Torre, which stands at an elevation of 1993m above sea level. Of particular note here is that in 1717 the Portuguese King, João V, ordered a tower be built exactly 7m tall to reach an elevation of 2000m. From this tower you can see nearly the entire northern half of Portugal. In the afternoon we visited the local Burel factory, whose fabrics were present in our hotel in every corner and were one the most popular choice for fabric in Portugal due to its durability and strength.

This day brought us deep into the part of Portugal known as Beira Alta. We started with a great descent from the Serra da Estrella National Park and had our bed for the night in the town of Marialva, a picturesque walled village that Literature Novel Prize novelist José Saramago describes as “…this complex of ruined buildings, and the mystery that unites them, the present memory of all those who lived here, that suddenly moves the traveller, brings a lump to his throat and tears to his eyes.”