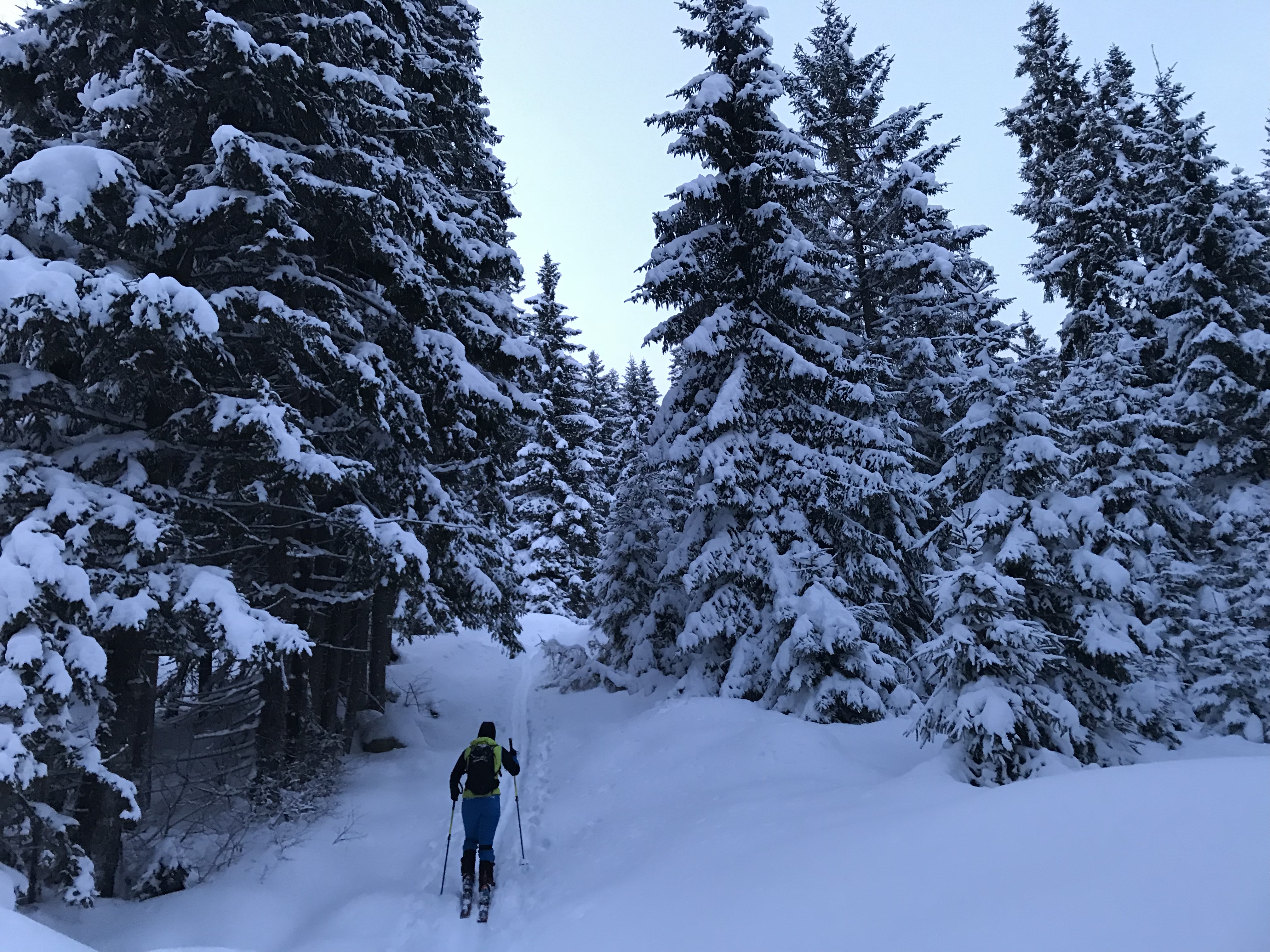 The weather forecast and the snow report for Ramsau am Dachstein was very promising. It said: “Snow, snow and snow”. And some sunny hours. With all the snow that was there from the last few weeks, this meant we would find a lot of powder.

Unfortunately there were other factors, too. There was wind in combination with the snowfall and the last couple of weeks there were a lot of temperature changes. This meant an increased risk for avalanches.

After sitting at the desk and working all day on Friday, we decided to do a late night session up to Rittis. The first few meters it was still light, but then the blue hour set in, followed by the dark. It is such a mystical atmosphere, in the middle of the woods, everything around you covered in white and upon you the sky with millions of stars and in addition the silence. Just perfect to relax and getting rid of the stress from the past week.

Cross Country in the sun

The next day we decided to shake things up with some cross country skiing. The weather was great, the tracks were perfect, with only one minor drawback: our skis were waxed for higher temperatures. Big bummer. However, this just meant burning some extra calories… Very positive, because we had planned for some Wiener schnitzel and fried chicken at Gasthof Edelbrunn in the evening. You should really try their fried chicken (“Backhendl”) when you´re in Ramsau, so delicious.

Backcountry in the snow storm

The next day we woke up to an additional 20-30 cm of snow. And it kept snowing for the rest of the day. Add strong winds to the equation, then you can imagine what it felt being out there … Nevertheless, we decided to do an easy back country tour and where hoping for less wind in the woods. Well, there was a little less wind, but we were the first ones up there and so we had to create our own tracks in 50-60 cm deep powder. It was a lot tougher than we expected. But what an adventure …

Unfortunately the end of the tour also meant that we had to head back home again. Ironically enough, when we started our way to the airport, the wind calmed down and the sun came out, making it even harder for us to leave. Will be back soon …