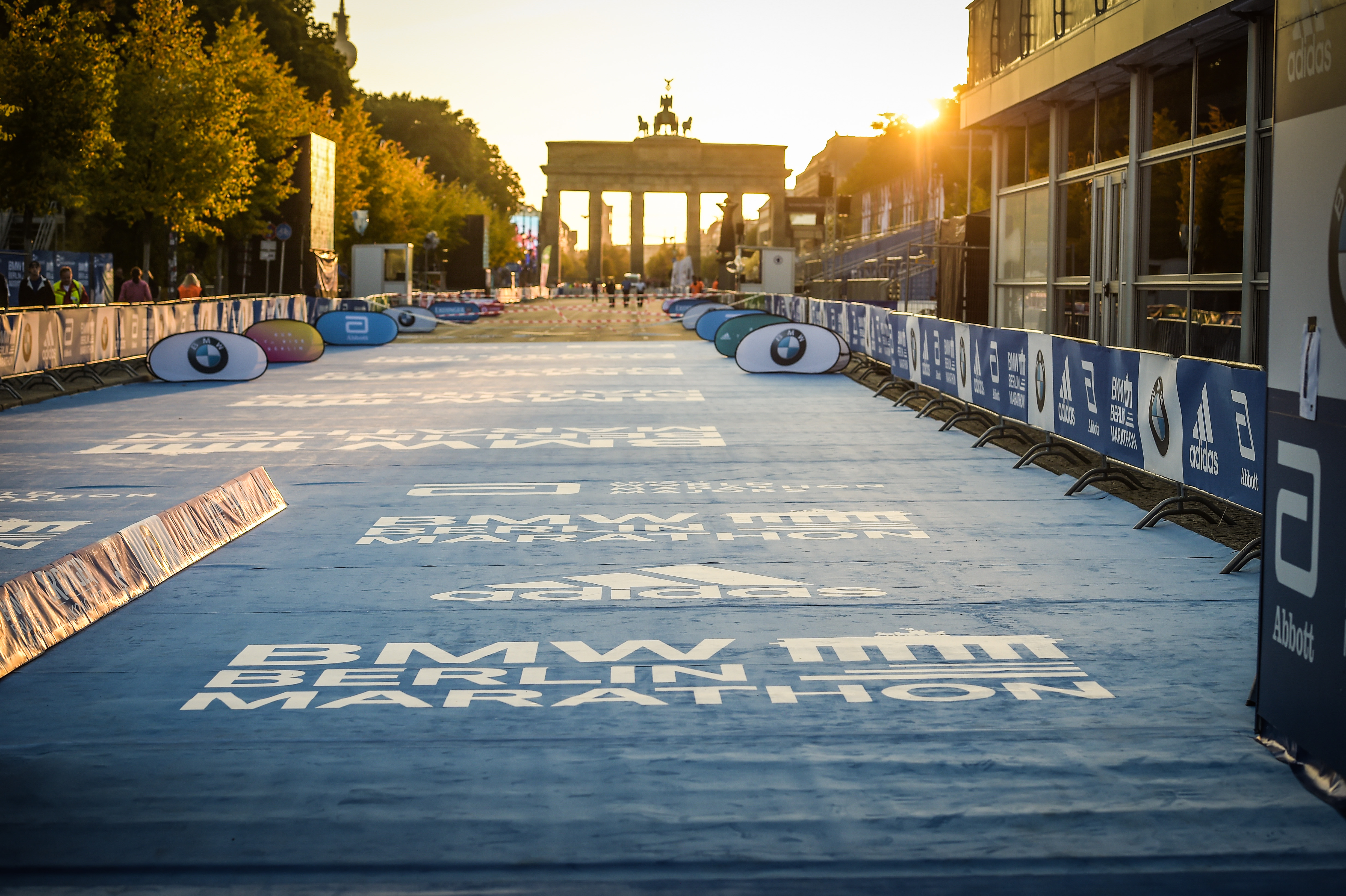 After not having reached my goal last time I ran a Marathon – finishing below 4 hours – I had to do it again. This time though I decided to it better by:

At least that was what I decided before the race. Nevertheless, there is always a chance to discover other mistakes you haven’t thought about. E.g. making 22.000 steps the day before the race, many of those also running. But more about that later.

Back again to the Marathon itself. Berlin offers two ways of doing the Marathon; either on Inline skates or the classic in running shoes. Of course not to forget about those on their wheelchairs and hand bikes, who are nothing but amazing.

This was ideal for us, as I always wanted Katharina to participate in a marathon, too. So I “convinced” her to try the marathon on skates and to support me on the classic one along the course. Honestly, I wouldn’t dare doing it on skates. But my brave girl is always up for a challenge and so she signed up.

On Saturday the Inline Skate Marathon took place. Since the start was first at 3:30 in the afternoon, Katharina decided to use the first half of the day working. That left me figuring out the logistics and getting everything prepared for her run.

Rushing to the start

We left from the hotel room just 1,5 hours before the start. At that time still confident, that this would be more than enough to get to the start area.

First we had to get a small bite so that Katharina was fuelled for her 42,195 km. That already took a bit longer than expected. After that we tried to get some transportation to the start. Unfortunately taxis wouldn’t drive anymore as the whole city was “closed down” for the event. So we took the subway, as it was supposed to be the shortest walking distance to the start. However, we ended up running around searching for the entrance to the “Area 52” of a starting area. There were no signs showing us were the entrance was and the securities sent us in zig zag around the start/finish area.

After several de-tours we finally arrived at the start and Katharina – now properly warmed up – was ready to rumble.

And off she went, with thousands of others. It was really impressive to watch the crowed passing by with a big swoosh – in terms of speed but also in terms of sound.

While Katharina was on her way I made my way to the to posts I could reach on the course. This way I got my fair amount of steps as well. I managed to see her at km 22 and then again at 36. And on both posts Katharina speeded past me with a big smile on her face. And this while others were totally exhausted. Katharina then crossed the finish line below 2 hours (1 hour 57 minutes!!!) with ease and so happy, that she decided to start again next year.

D-Day for my Marathon career highlight

Sunday came and it was time for me to beat the time from Amsterdam and to finally run a sub-4-marathon. Thanks to the little odyssey from the day before, we knew how to best get to the starting area – no running to the start this time…

With all her experience from accompanying me to those events, Katharina also was super prepared on where on the track she would be waiting for me. I just had to try my best to memorise the many positions I would spot her. For me this is the most important thing, when doing a Marathon: slicing the 42 km elephant in manageable pieces, everyone of them with the highlight of seeing my girl again pushing me with her smile and some uplifting words.

This was really the biggest Marathon I was ever running. So many people, such a great crowd of spectators and such a great track. The only surprise was though, that there was a little uphill from km 22 to km 32, which made it impossible for me to do the negative split, that I had planned. However, with all the support and love from Katharina every couple of kilometres, I still managed to reach my goal to finish in 3:45 hours.

Since I doubt that I can do a faster Marathon than that, I decided to end my Marathon career on this high and rather get better in cheering for my girl.

5 thoughts on “Marathon Weekend in Berlin”